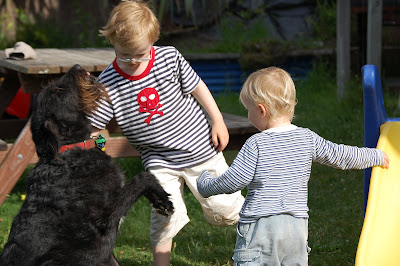 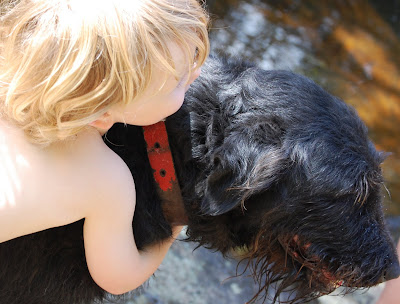 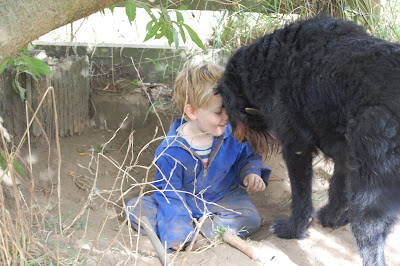 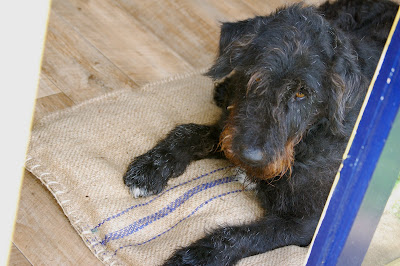 This week we had the very sad task of saying goodbye to our family dog Willow. One morning she woke up feeling miserable and went down to the bottom of the garden to lie underneath our giant plane tree, nestled in a bed of Autumn leaves.
Our vet arrived mid morning and discovered that her stomach was full of blood and thought it would most likely be bleeding from a tumour that would require urgent surgery. Hugo was at home for the day and we rushed her into his practice, aware that her chances of survival were very slim.
It was monumentally heartbreaking leaving her on the table and saying goodbye. Even though she couldn't walk any more and the light was fading from her eyes, she used her last bit of energy to comfort me by lifting her head to look at me and wag her tail. Even thinking of it now makes my heart physically hurt.
In the afternoon our vet rang to say that while they had removed a tumour the size of a small football, her spleen and liver were riddled with the cancer and there was no way to stop the bleeding. He recommended letting her go while she was still under anesthetic rather than allowing her to wake and die in pain soon after. I consented.
Willow was in our life for almost ten years, almost the entire time I have been in New Zealand away from my family and for longer than we have even had our children for. She was the boys' nursemaid, allowing them to climb all over her and always, always keeping watch over them. She would never let them walk on the farm without her - even to the point of barrelling through fences to keep up. Jonno could ride off on the motorbike to work on the farm and Willow would let him go, however, if one of the boys were on the bike she would insist on coming.
Willow was my dog. After I miscarried my first pregnancy at three months, I stood by the door howling. Willow was still a puppy and had a favourite toy that she loved more than anything. As I stood wreaked by grief, she came to me and placed her squeaky toy on my feet.
Her mouth was so gentle (and she was a big dog), I would peel a banana and hold it for her and she would take little dainty bites, one at a time until it was finished. She could carry an egg in her mouth without breaking it and the other day, I was holding a spoon with something on it and she thought it was for her. With the utmost care, she delicately supped from the spoon as though she routinely ate soup.
We buried her down in the orchard the next morning and plan to plant an avocado tree on top. She was a terrible avocado thief and used to constantly escape into the surrounding orchards in order to feed her addiction. In fact, she used to sometimes bring back whole, unpunctured avocados and we would confiscate them and eat them ourselves... so I guess we weren't any better.
She is survived by our border collie Bertie who we are all helping through this sad time with lots of love, pats and treats.
p.s. If you are wondering, Willow was a labrador crossed with an airedale. We used to call her a Lairedale.
Posted by Kate at 8:28 AM