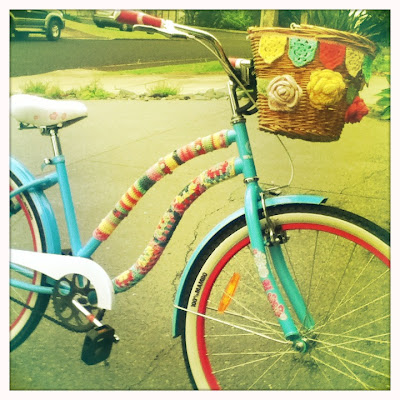 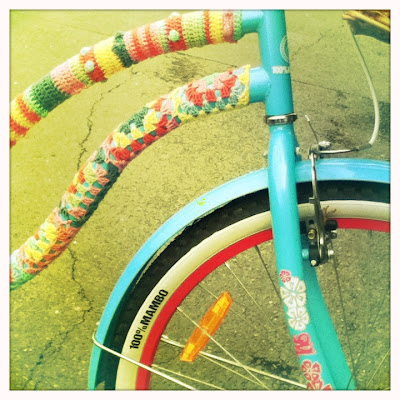 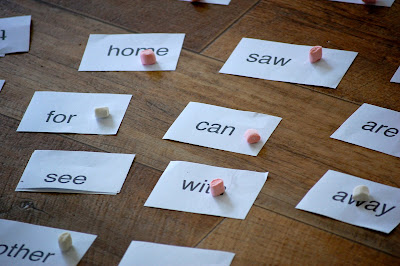 Aside from that, last week was a quiet recovery from the previous weekend. Hugo had a day off to ground himself after major birthday partying. He decided that we needed to set up a home school(!!!!!) and do some work on his sight words. I printed out two sets of words and spread one set around the floor, placing a marshmallow on each of them. Hugo had to match the other set but could only eat a marshmallow if he could read the word. Great incentive - especially because he hadn't eaten in three days (that's actually a fib). 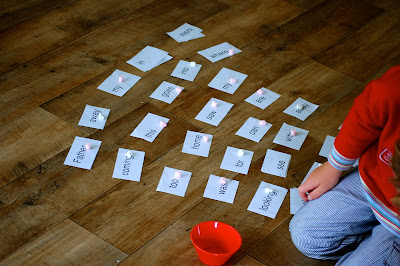 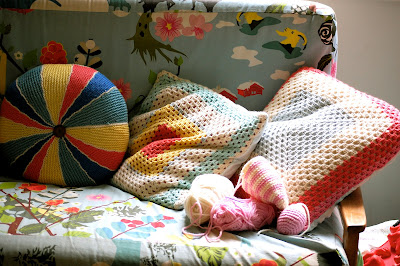 I have been crocheting on the couch quite a bit over the past week - I've had another order for Floss Bunnies and have been very happy to sit down and 'work'. 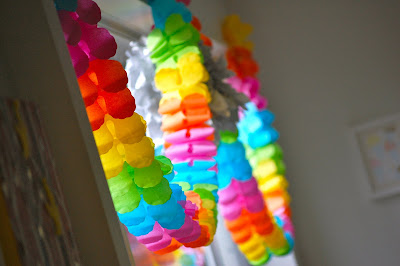 Thank goodness Hugo's leftover party decorations will come in handy this weekend for Archie's party. That's the good thing about having their celebrations so close together. Archie's actual birthday isn't until the end of April which is buried in school holidays. It always seems better to catch one of the last weekends of term. 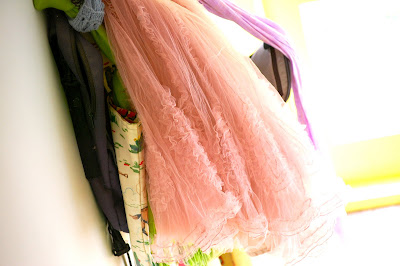 I've also had a little burst of enthusiasm around the house inspired by my pet tutu. 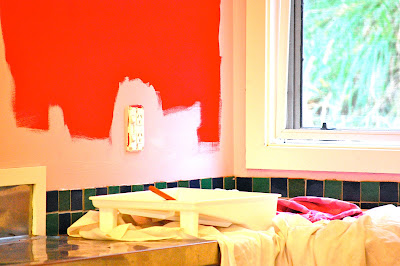 I painted our kitchen red almost nine years ago. I loved it for years but found over the past little while that it really sucked in light and was becoming overbearing. So now it is pink. Since the photo was taken I've painted two coats and have one left to do in the morning. It is so fresh and clean now, the light seems to ping about. It's so strange to wake in the morning to a red kitchen and go to bed with a pink one. That's just how some days seem to work out.
Lots of love,
Kate xxooxx.
Posted by Kate at 6:48 PM