Just So Many, Many Things. 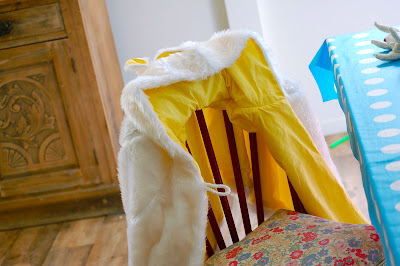 What a wonderful and busy week I am finding myself in - Saturday saw me sewing up a polar bear cape for Hugo's birthday party and even though I missed out on a day at the beach with the boys, I had such a sense of achievement by the end of the day. The only thing was that Hugo wouldn't pose for me so I had to borrow our next door neighbour Cleo.... she was much more obliging. The pattern came from Liesl Gibson's (of oliver + s fame) fantastic book, 'Little Things to Sew' which comes with a set of patterns. I cobbled together two patterns to make it, the cosy winter hood and the red riding hood cape. I couldn't recommend it highly enough. I now have to buy a toggle for it and then it is done. 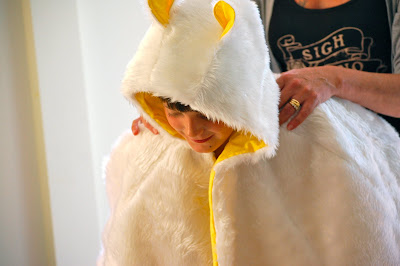 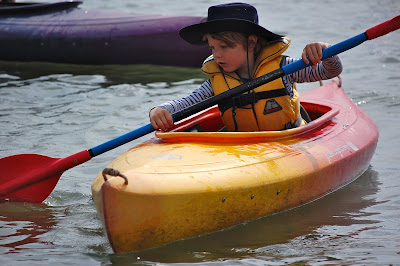 Yesterday we had school's annual Boat Day which is the highlight of the year. It is amazing watching the boy's skills develop from one year to the next and how accomplished they quickly become. Look at this little five year old (well, almost six year old) kayaking. There were a few crazy moments and the odd bang against other kayaks, but all in all, magic. 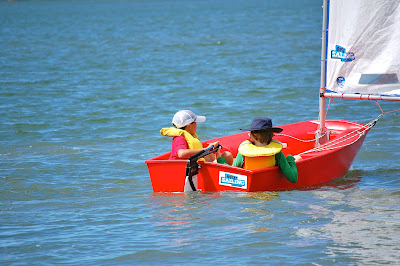 Archie and his mates are all beginning to sail on their own. I have such visions of Swallows and Amazons.... 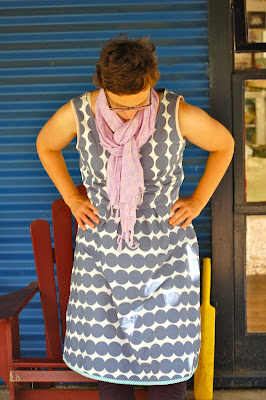 And on Sunday... I made this dress. The pattern comes from Liesl Gibson's new line Lisette which can be found in Spotlight. It is flawlessly simple to sew and fits like a glove... or um dress. My next one will be in a fine corduroy methinks - just the ticket for Autumn. 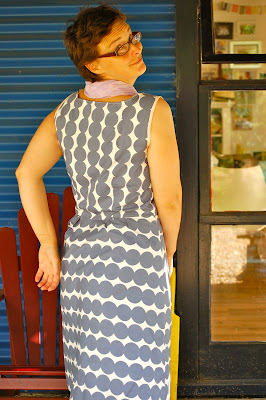 The fabric also came from Spotlight. They have such a great selection. 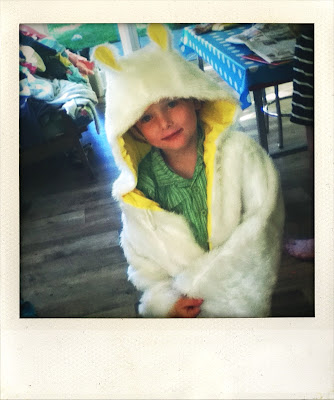 Oh yes, Hugo finally posed for me as long as I used the Polaroid setting on the Ipod... so there we are, a cute little almost six year old polar bear cub. Wait until he has a black nose and fangs painted on. He may even look slightly fierce.
Today I am starting a new role. Tuesday lunch time librarian at the boys' school. I am really quite excited and almost feel like investing in a pair of horn rimmed glasses.... and a chain. I had better dig out a few twin sets too.
Lots of love,
Kate xxooxx.
Posted by Kate at 9:03 AM