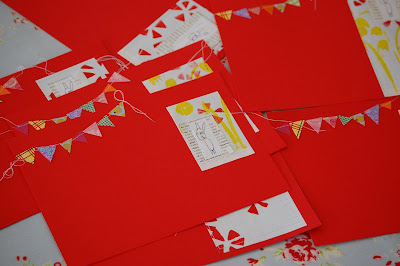 The sewing machine was out this weekend, however, there was no fabric insight. Instead it was zooming along cardboard and fancy paper, assembling Hugo's birthday invitations. 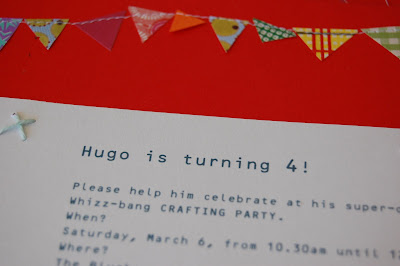 He was actually only born last week so I am not entirely sure how this happened. The whole walking, talking and aging thing. I am so very sure he is still my baby. 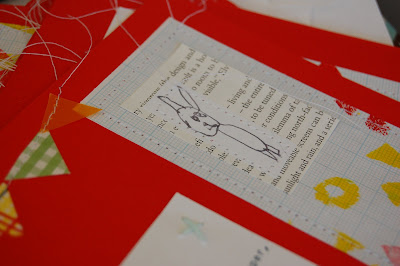 Hugo is the ultimate obsessed crafter and can't pass a feather without inventing some new and creative use for it. What else to do for him but throw a super-duper-whizz-bang crafting party. Do you like his little bunny rabbit drawing? Every time I look at it an "Awwww" sound escapes from me.
So now I am on to crocheting little creatures for prizes (which will be shown at a later date) and making pom-pom necklaces as I watch T.V. at night. A little bit of time will be going into the preparation but wahoo, hardly any money.
Hope you had a good weekend. xxooxxooxx.
Posted by Kate at 8:05 AM