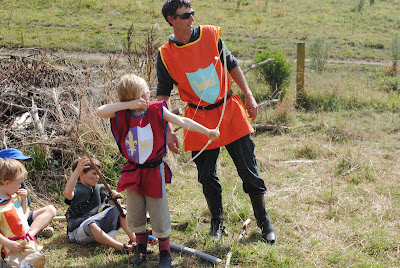 Archie's party was a great success. 11 knights and wizards charged through the farm facing all sorts of challenges and ended with a good round of archery (which was then repeated when all of the Dad's turned up). Archie funnily enough loves archery - my mum suggested when he was born that we name him Archer. Maybe we should have listened... 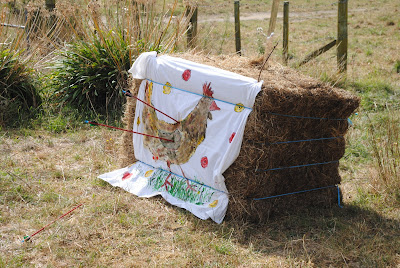 Straight through the chooks heart. 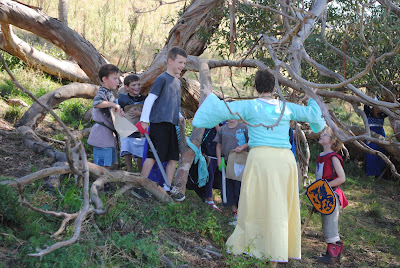 During the quest they had to rescue Princess Gania who had be captured against her will and tied to the fire crystal tree. Little did they know she was under a terrible curse and had to be freed from that as well. Which they did. 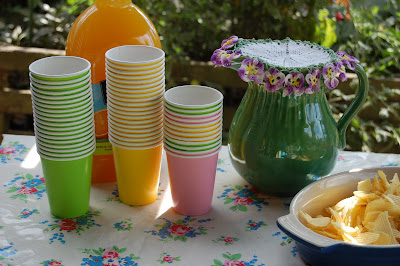 A few touches of prettiness. You just have to have them. 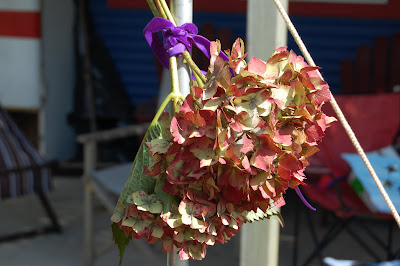 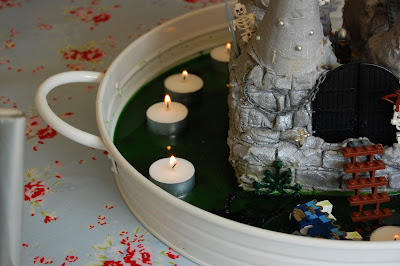 Candles floating in the (jelly) moat. 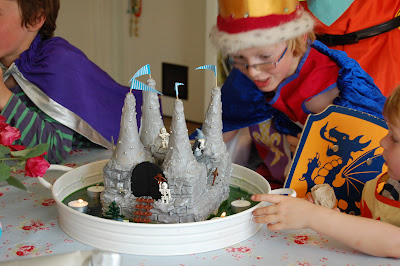 I think he liked his cake. 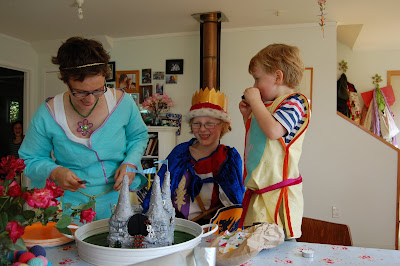 It took me a while to cut into it. I did in the end but with surgical precision.
Posted by Kate at 10:03 AM